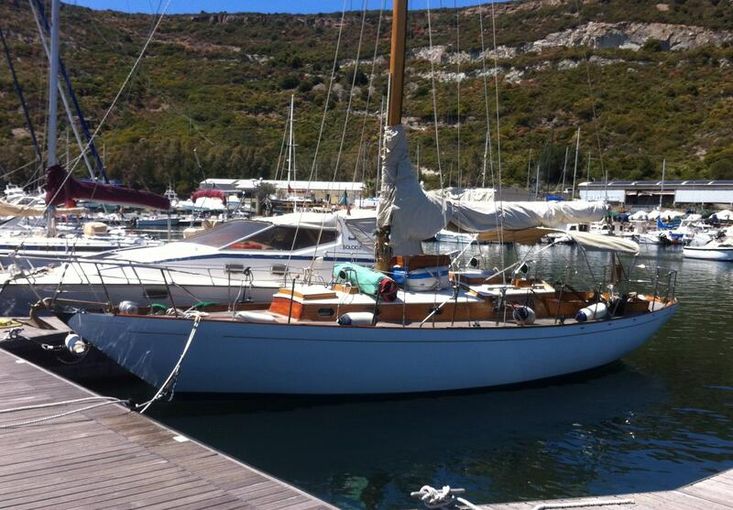 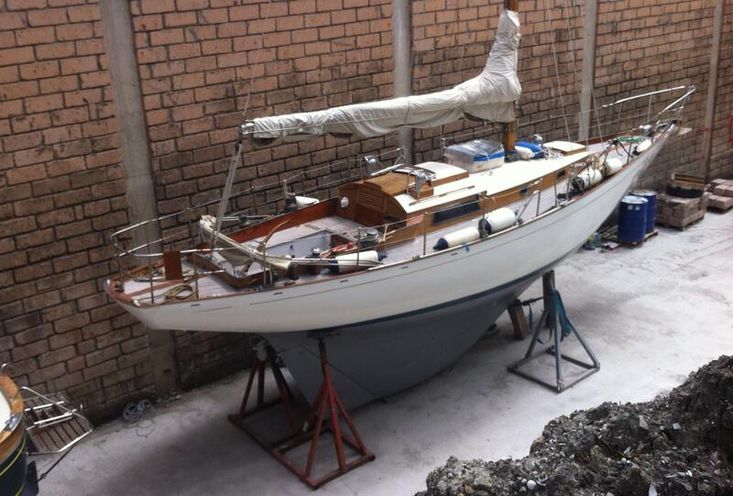 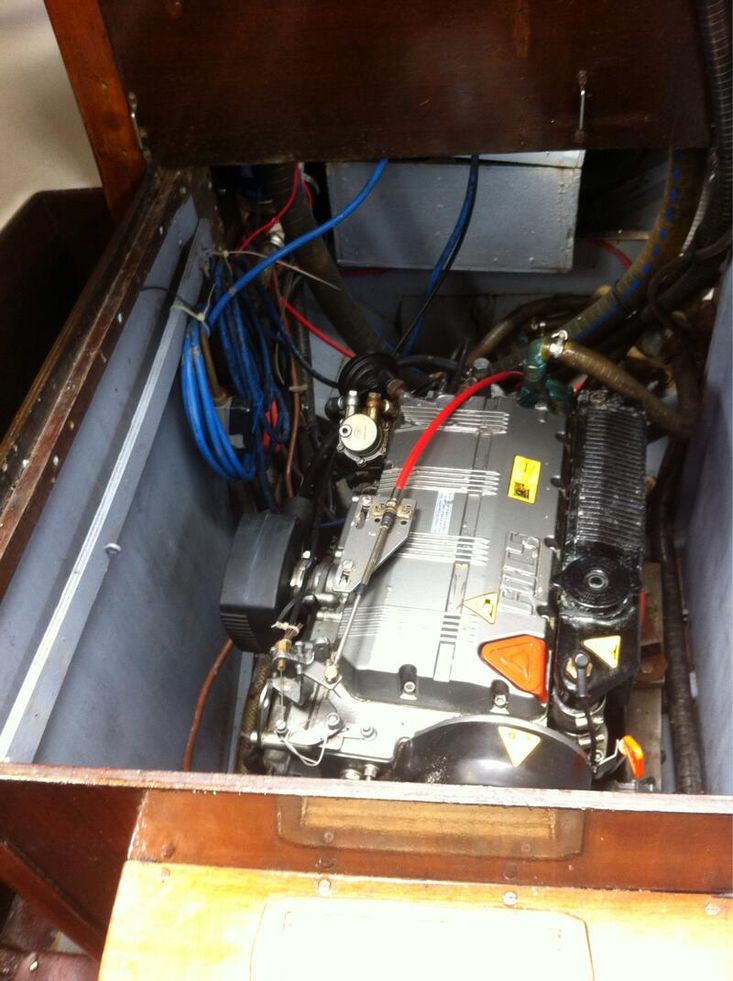 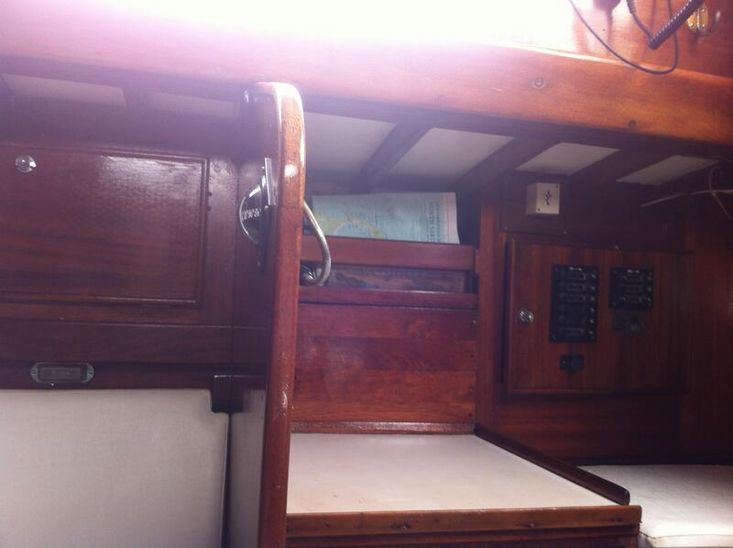 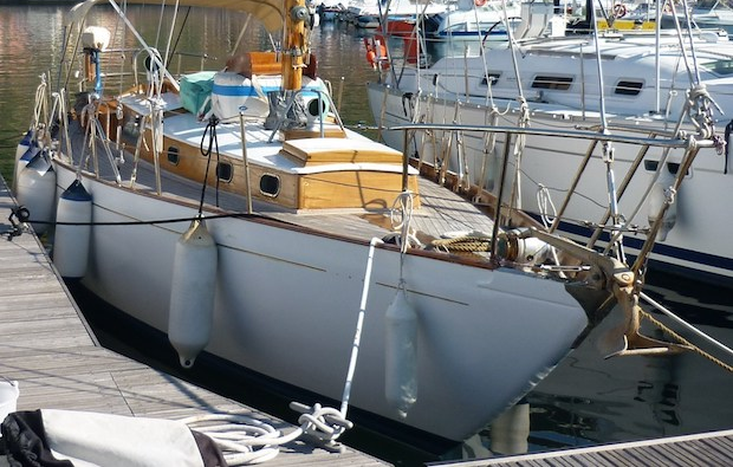 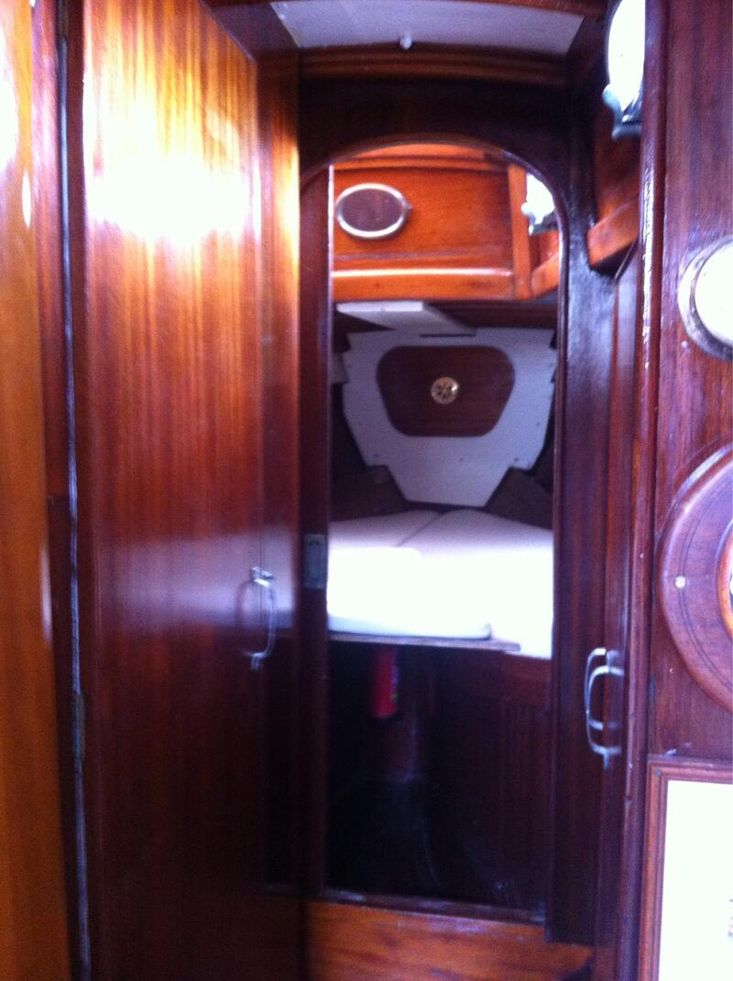 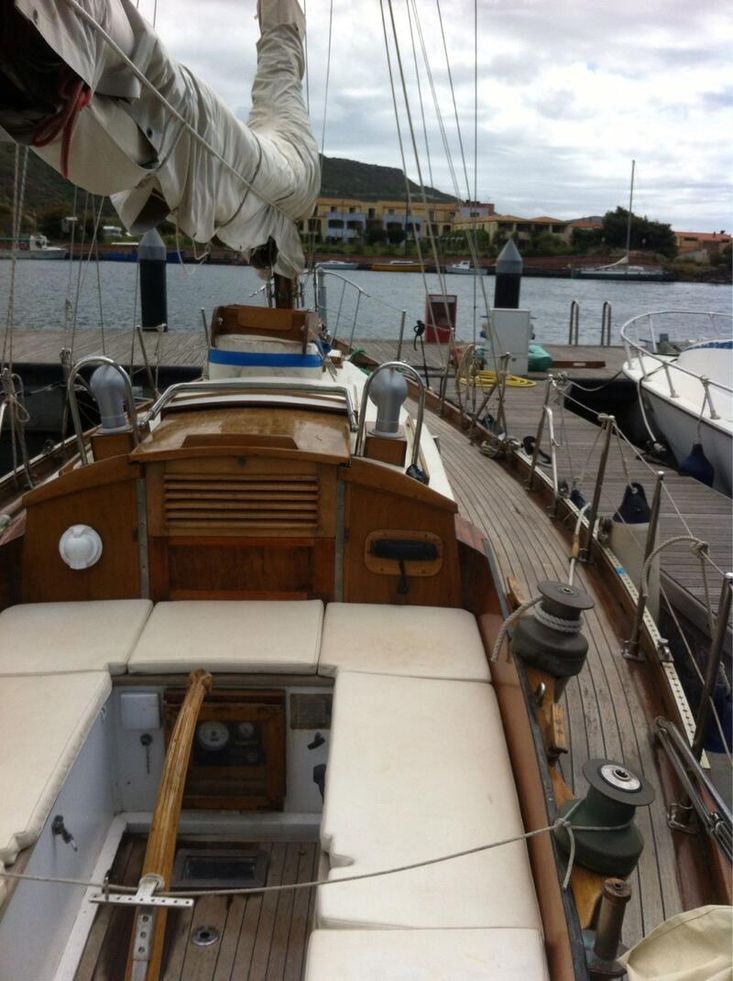 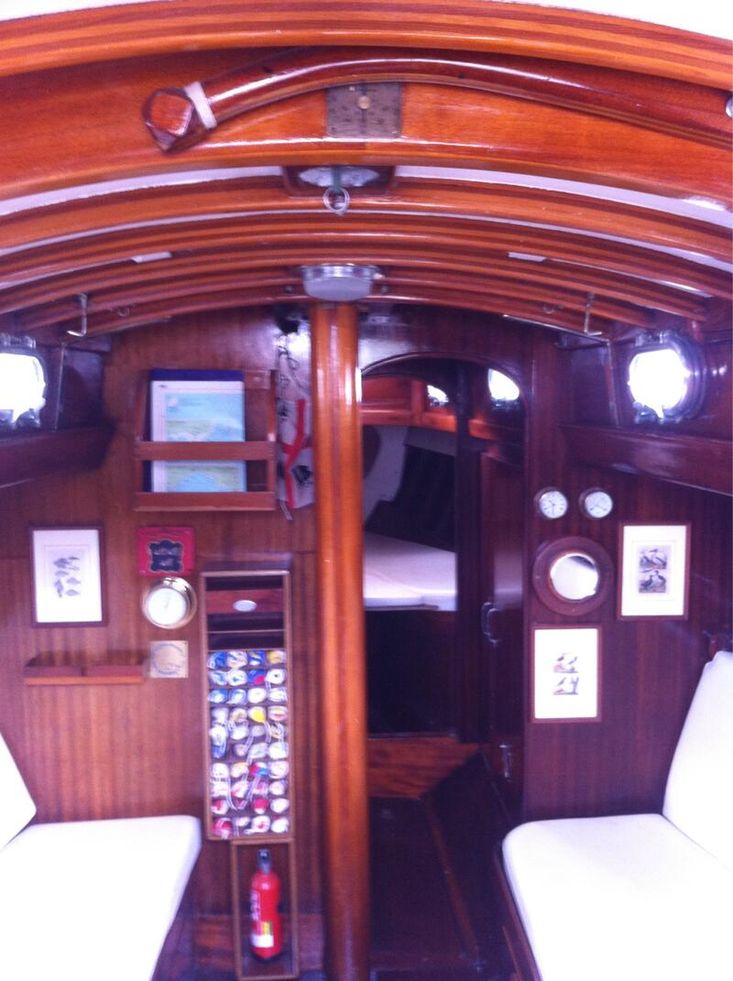 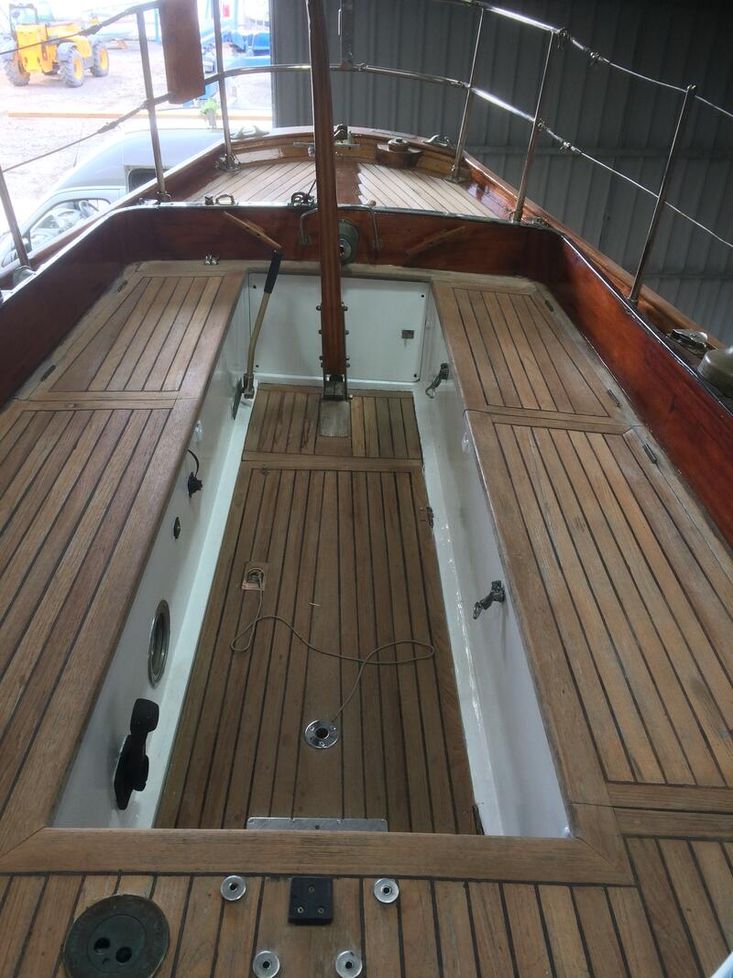 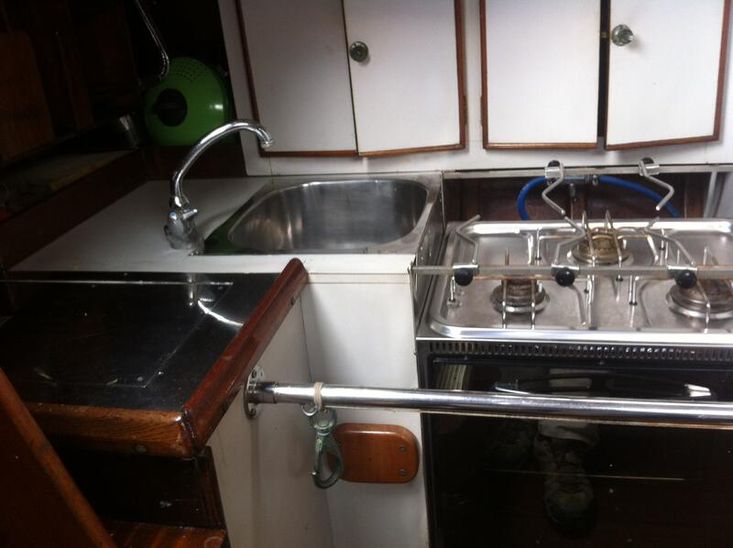 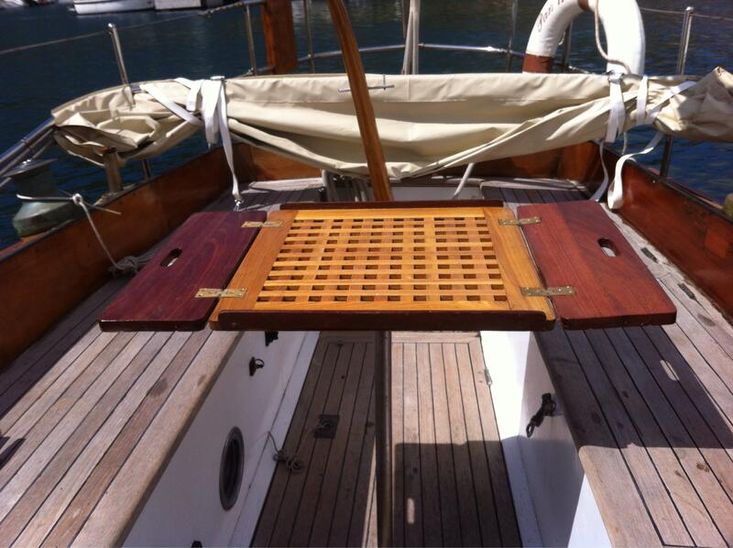 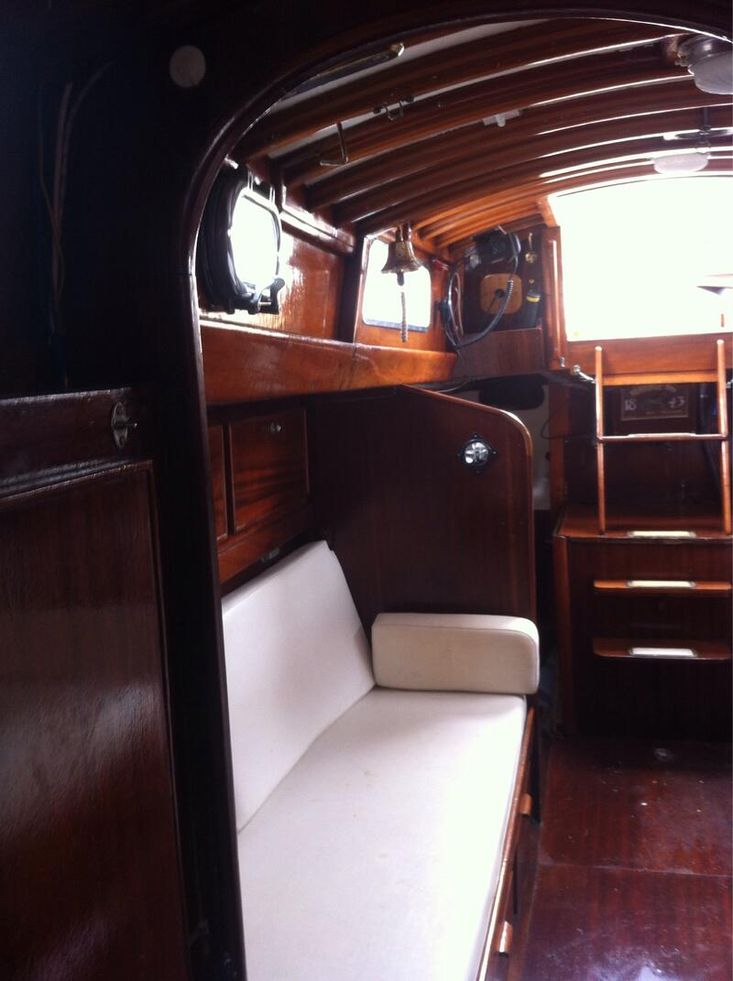 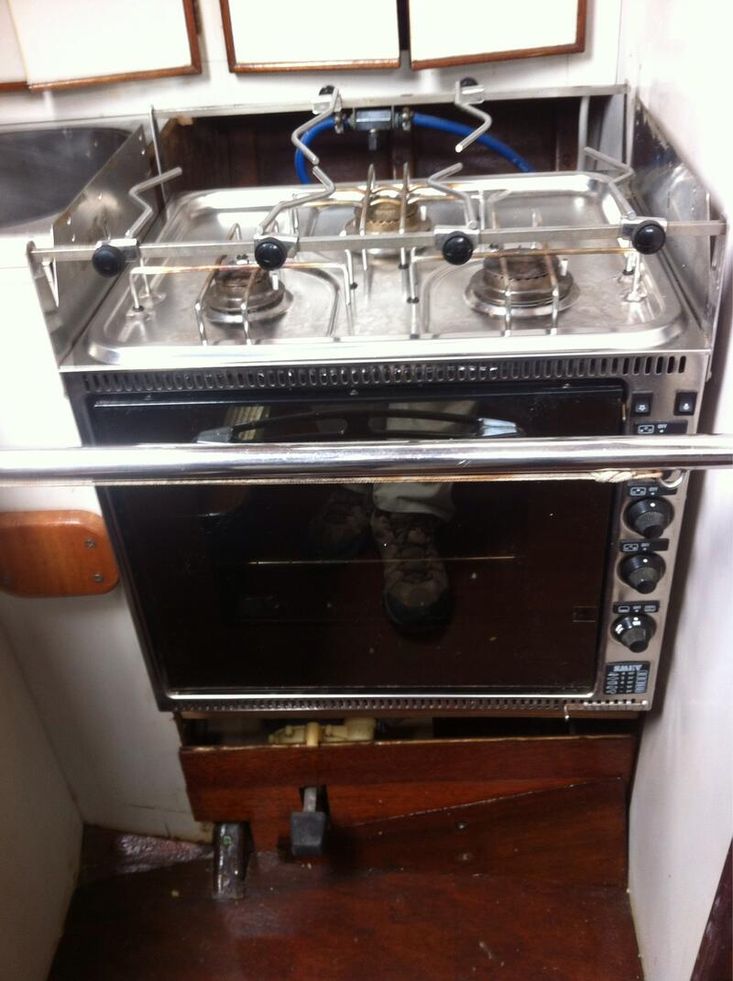 An elegant and fast wooden sloop, designed and built for the One Ton Cup Series and other Mediterranean races by Cantiere Apollonio, Trieste in 1968 for Aldo Milinco.

At the beginning of the 1960s, Jean Peytel, member of the Cercle de la voile de Paris suggested reviving the CVP International Cup with the RORC rating rule of 22 feet. The boats were baptized as the One Ton Class. Yachting World magazine documented the excitement this caused amongst sailors: “Seldom can a trophy have created so much interest before a single race has been sailed” in January 1965, and in September of that year the magazine wrote that “Handicaps are out and the popularity of the series has exceeded all expectations, even in this its first year.”

The first One Ton Cup in racing-cruising yachts was raced off Le Havre in 1965 by fourteen yachts. The winner was the Danish yacht Diana III. The real-time racing formula, including a race on the open sea and two coastal regattas, was so successful that yachts were specifically designed for that event. They were named the One-tonners although this designation did not correspond any longer to any rule of that period.

In 1971 the IOR rule (International Offshore Rule), result of the merger between the RORC rule and the CCA (Cruising Club of America) American rule, came into force for the races on the open sea. The One-Tonners switched to IOR 27.5 feet. Sid Fischer skipper of Stormy Petrel won the 1971 One Ton Cup in New Zealand (the first race under the IOR rules), being the only Australian yacht and last Sparkman & Stephens design to win the cup.

Cantierie Apollonio is one of Italy’s finest yacht builders, specialising in the restoration of wooden yachts. Full historic documentation relating to her build is available including RORC ratings and Italian Class recognition.

PAN II was the subject of a major restoration in 2009/2010 carried out by Tecnomar, Fiumincino, Rome. A full chronological schedule of work undertaken is available which included re-fastening and planking where required, complete new transom and new teak decks.

PAN II has been carefully maintained since her restoration and continually updated including installation of a new feathering propeller, autohelm, sail covers, bimini, renewal of standing and running rigging, lazy jacks, roller furling gear, stem head fitting and in 2022 a new Collars of Oxford wooden mast.

PAN II is more than ready for a discerning new owner with interests in classic racing or comfortable cruising in a much admired and cherished historic boat, only for sale due to the owner’s advancing years.

Saloon with two settee berths and starboard quarter berth. Lockers above and below the berths. Large hanging locker opposite the heads. Double cabin forward with heads compartment between having washbasin, shower and pressurised water supply.

VIEWING: by prior appointment through CLASSIC YACHT BROKERAGE

DISCLAIMER: Classic Yacht Brokerage offer the details and photographs of this vessel in good faith as a guide but cannot guarantee the accuracy of this information or images, or warrant the condition of the vessel, machinery or rig. Buyers should instruct their representative, agents or their surveyors to investigate such details as the buyer requires validated. This vessel is offered subject to prior sale, price change, or withdrawal without notice.

Important Note: The particulars / images of the vessels listed on this website are believed to be accurate but are not guaranteed, buyers should satisfy themselves regarding the same. No warranty is given as to the condition of vessel's hull, machinery and equipment / gear and an examination by a qualified marine surveyor is always recommended.