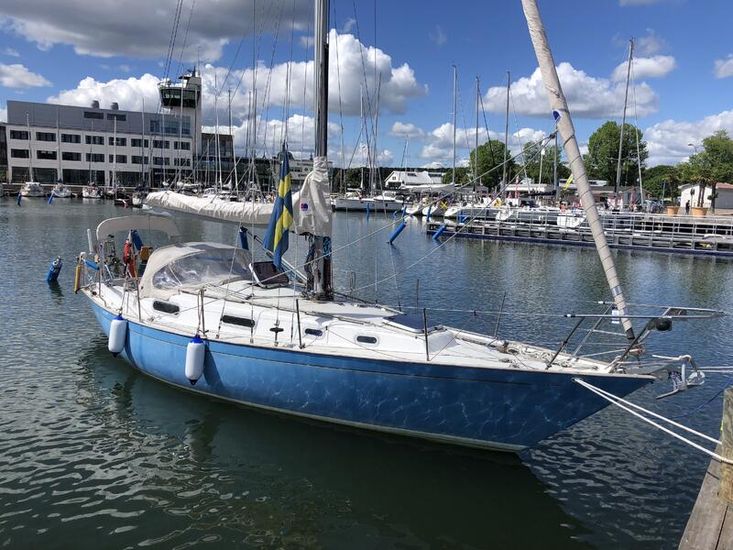 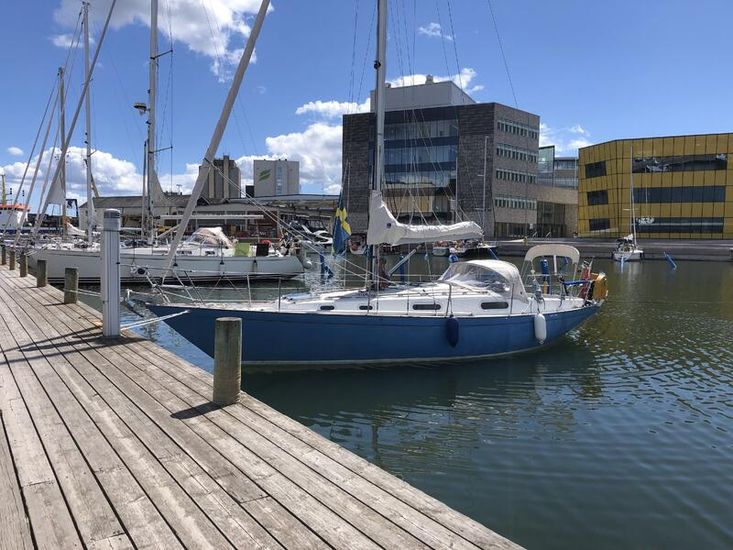 Carolina was built in 1973 for Sir Winston Churchill MP, the grandson of the wartime PM. She returned from Sweden in mid-August and is now in Lymington.

She has a solar charge controller installed, though the panels have not been attached. The 3 batteries are all new. There is shore power and associated battery charger, and 240v sockets. Several 12v sockets are also available throughout the boat.

The sails, including spinnaker, have been little used and the sail cover, spray hood and bimini are all new. The winches are all Lewmar. She has a Darglow furling prop, a second storm forestay and a hydraulic backstay tensioner.

Rigging and guard rails were recently replaced, and jack-lines are fitted.

Seat covers and cushions are in excellent condition. The cabin has a table and there is also one for the cockpit. There is a Fusion stereo system.

There is a liferaft and tender, U-buoy, throw-line, two anchors, chain and an Ankarolina stern roller anchor line.

The cooker is a Plastimo Neptune 2000.

The loo is a recently installed Lavac.

Viewing is available from Saturday 20th August. More photos will be posted this week.